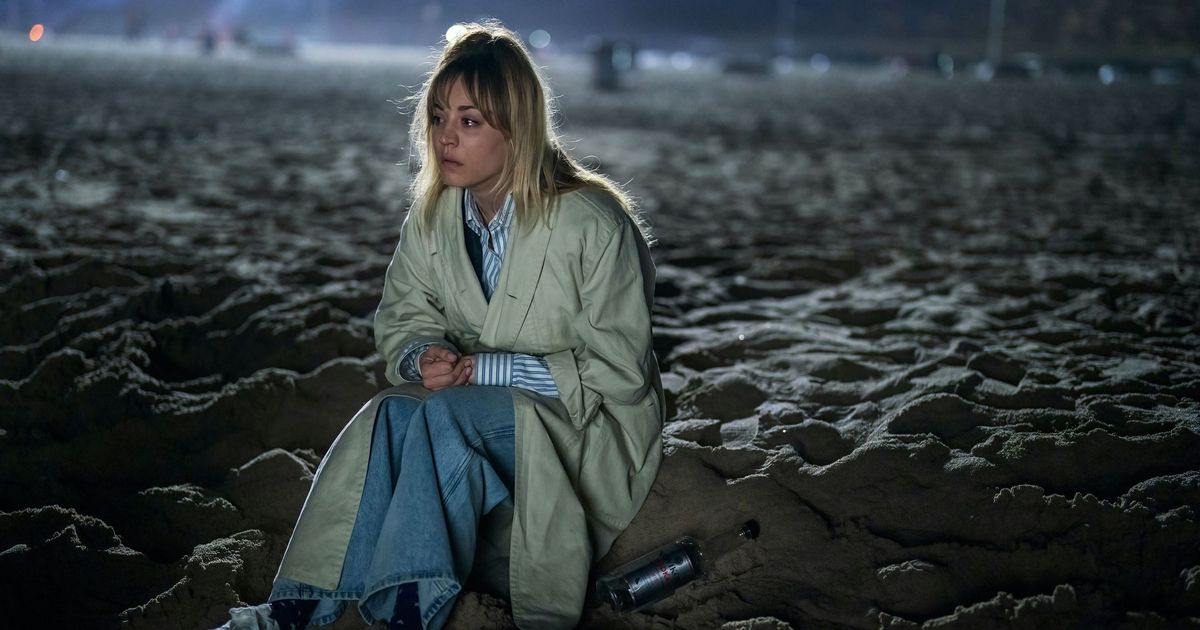 Relapse is a very tricky thing to portray on screen. In a society that too often treats substance use issues as moral flaws, having a character succumb to temptation after a period of sobriety can be a risky little game. Cassie Bowden has been flirting with disaster all season, and the show almost telegraphed that she was going to have a drink sooner or later. So, it was tragically inevitable when she finally took that drink in this week’s episode. And yet, the show also worked to make room for hope as Cassie struggled to redefine recovery on her terms.

Anchored by a heartbreaking performance from Kaley Cuoco, Cassie’s return to her old coping mechanism looks like she’s shrugging off one of her perfectly tailored coats. It’s an adjustment. As we’ve seen her in varying states of inebriation throughout the first season, it feels like we’re getting back to the status quo. But this time, we know Cassie wants more for herself and is capable of change.

In a show that revels in shocking revelations and moments of suspended tension, Cassie’s portrayal of actual relapse is relatively underwhelming in the grand scheme of things. Within about 60 seconds, Cassie is offered a drink, she accepts the drink, and then she drinks the drink. When Cassie grabs that frosty martini and then takes that first buzzing sip, we know we’re about to be swept away on a wild, introspective ride.

At the top of the episode, we see that Cassie has already made a bad decision (boning her master), then she immediately makes another one by taking pictures of a classified CIA document. Cassie is literally the bad decision train. She always has been, and her year of recovery hasn’t changed one iota.

When Cassie comes home, she shows Ani and Max what she found, and they are interested but worried. Cassie is getting more and more pissed off about this whole situation, and she blurts out that she just wants a drink. Ani tries to support her here, but she botches it by dismissing what Cassie tells her. Of course, Cassie wants a drink. She never stopped wanting a drink. And that’s why she engaged in all these other behaviors instead.

Cassie is due for her annual training on Imperial Airlines, but Marco catches up with her on the way out. Naturally, Marco gets kind of aggro about Cassie dodging him. How long has he been asking her to move in with him? Three days now? Four ? It’s hard to tell because Cassie is bouncing around like a frenetic pinball machine. Honestly, Cassie wasn’t doing super well before Marco popped the question, but that’s what put her on the tilt. Of course, it’s not Marco’s fault. It’s more of a commentary on Cassie’s complete inability to commit to lasting, stable relationships. Strip away all the international espionage and doppelgänger intrigue, and Cassie is still a total emotional train wreck.

Cassie is honest with Marco, however, as she blurts out that she cheated on him. Oops. He breaks up with her, leaving with the icy retort that his daughter would have really liked Cassie. Ouch. Somehow, Cassie still makes it to her Imperial Atlantic lineup.

Carol is in practice, and she’s mad with rage. She provides much-needed comic relief as she checks Cassie’s body at the entrance, then secretly sabotages her at every turn. However, even Carol is impressed when Jada arrives and asks some pop-quiz questions and Cassie passes them. We find out that Cassie knows how to handle the cabin if a bomb is found in an overhead compartment. Did anyone else feel like this moment foreshadowed a plane bomb later in the season? Someone? Just me?

Shane is also at practice and he is trying to calm Cassie down. Like every person in his life, he tells her to stop digging into this mess. And, to her credit, Cassie listens. Instead, she heads to Grace’s apartment.

Don’t get me wrong, Cassie isn’t at Grace’s apartment because she thinks Grace is a cool shoulder to cry on or an impartial judge of character: she’s here to drink. Cassie specifically goes to see Grace because Grace is one of the few people in her life who doesn’t know she’s recovering. The two watch a black-and-white film featuring synchronized swimmers, and Grace fumbles gently as Cassie panics. I still feel like Grace is going to play a pivotal role in this story one way or another, but considering Cassie is the one who continues to pursue her friendship, I’m not sure how this is all going. happen.

Grace provides a comforting shoulder to cry on, but she also has booze. To her credit, Cassie initially turned down the offer. But then Davey texts about a mysterious trip and a letter to their father. Knowing what we know of Cassie’s family background, it all feels very heavy, like heavy childhood trauma. And, because she hasn’t really dealt with that trauma, those texts are a tipping point for her.

At first, Cassie is flooded with the familiar, numbing buzz of her old friend vodka. After leaving Grace’s house, she heads to the liquor store where she sees Jenny. She manages to discourage Jenny from relapsing but buys two bottles of her own liquor.

To her credit, Cassie tries to reach out to a few people for help during her relapse, but she’s too drunk to be rational about her choices. She’s drank CIA Dot calls about 800 times and leaves increasingly messy messages that could (and possibly will) be used as evidence against her at some point. Then she calls Shane. Shane is so sick of his shit. He’s been a patient friend of Cassie for a very long time, but his bandwidth to deal with his nonsense has just run out. He can not anymore. He finished.

Cassie’s mind palace is a chaotic mess throughout this episode. It’s been getting more and more chaotic all season, but things are really taking a turn here. The synchronized swimmers that mark the start of Cassie’s vodka binge are unnerving at best, and then Party Cassie starts dropping truth bombs.

It turns out that Cassie hasn’t been sober for a year like she claims. She relapsed not once but twice — on March 21 and 23 — while living in New York. That’s why she moved to Los Angeles. But she couldn’t get over herself. There’s a saying in recovery: wherever you go, there you are. And here, Cassie is, on a different coast, facing the exact same problems she had in New York.

As Cassie stumbles out of her car and heads for the ocean, Party Cassie delivers a devastating truth when she says, “You want to know my problem with this whole double thing? Who the hell would you like to be? »

Fortunately, Cassie calls Brenda, and the two have a heart-to-heart on the sand. In my alternate life as an addiction therapist, I’ve heard all the AA maxims and platitudes, and some of them make perfect sense. Others, not so much. Brenda tells Cassie that recovery doesn’t work without rigorous honesty, which is absolutely true. But she also tells Cassie multiple times that she’s doing it again. I strongly disagree. Cassie isn’t starting all over again because she’s now learning from her mistakes. Sure, Cassie tried to quit drinking without addressing the core behaviors that led her to drink, but she proved she was someone who really wanted to try. And wanting to try is important.

As Cassie relaxes with Brenda, she feels a hand on her shoulder in her mental palace. Looks like it’s manager Cassie. Maybe she came to redeem herself.

Elsewhere, Max and Ani steal the View-Master and also grab the Diaz’s laptop, and Megan retrieves its trunk full of evidence from a hoarder in New York. Megan’s ride is especially fun as she meets an old friend named Cherry who used to work as a flight attendant but now runs her own strip club because it’s much more lucrative. Cherry has a delightfully cheerful personality with a naughty side, and she’s an effervescent presence. After the two women retrieve the safe, Megan gives Cherry a wad of cash in exchange for her very red, highly visible car. It’s like Cassie and the red coat all over again. Will these women ever learn?

We did our last descent near the end of the recap, so make sure your trays and seats are in an upright position. Until next time …

• What Cassie does to the adorable “Easy Does It” bear is so haunting. The end credits begin to play with the sound of lapping waves and the bear’s garbled, faulty voicebox saying “easssssy do it” over and over. It is both disturbing and hopeful.

• Cassie seems to have an unlimited number of gorgeous coats. I covet her closet and her clothing budget.

• There are shady things going on at the CIA. When Benjamin returns Cassie’s file, he tells the milky-eyed guy that he doesn’t want any trace of him looking at it. This is a very overtly shady thing to do! Next, Dot asks her assistant to pull a recording of all communications between Cassie and Benjamin. Something is happening.

Catch all the drama from your favorite shows!

By submitting your email, you agree to our Terms of Use and Privacy Notice and consent to receive email correspondence from us.

The best aprons of 2022, according to chefs and bartenders

No-doc mortgages: what are they and how do they work?